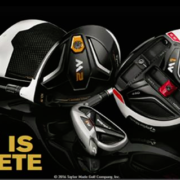 Did you know we carry most major golf brands?

Keep your business local.  Give us a shot to beat any price on golf equipment! 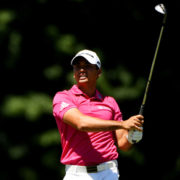 He feels it in ways he has never felt before.

“I’ve never been more stressed in my life than right now,” Day said. “Being No. 1 in the world, having a lot of expectations on you, having to practice golf so hard to keep that No. 1 spot, trying to win as many tournaments as I can puts a lot of stress and pressure on your shoulders.”

If you’re thinking maybe the weight of it all is starting to get to Day, that maybe you ought to cross him off your list of favorites this week, think again.

“I feel like I thrive under stress,” Day said.

If that’s the case, Oakmont Country Club couldn’t fit Day better. Competing at a U.S. Open on Oakmont should come with a surgeon general’s warning: “Playing here may cause high blood pressure.” No major championship test is more grueling from tee to green.

Day says that because he has come to know Oakmont better than most players. His agent, Bud Martin, is a member of the club. Day first played Oakmont when he was 18.

Though Day may have broken through to win his first major in the PGA Championship at Whistling Straits last year, he believes his game is more suited to a U.S. Open than any other major.

“I think it sets up best for this because I hit it high,” Day said. “Usually, the course is running very firm. Usually the greens are firm and fast. I feel like I’ve got good touch around the greens.

You should be getting the idea by now that Day is in a good place mentally. He may be battling a cold this week, but his attitude is as healthy as it has ever been. He knows he needs that with all the negative energy that swirls around U.S. Opens, where dread and doom are twin demons waiting to pounce.

“Sometimes attitude is huge,” Day said. “I think when you’re in stressful situations, like you are at U.S. Opens, where this is usually the toughest course we play every single year, you have to come in with a positive attitude regardless of what the outcome is. If you’re going to have a bad attitude, you may as well not even tee it up that week, because you probably won’t play good anyways.”

Carrying the No. 1 ranking can become burdensome, with all the expectations, the extra demands, the feeling there’s a target on one’s back. Day really seems to relish it, though. He’s even getting his family involved. His 3-year-old son, Dash, is the star of a new PGA Tour Superstore commercial that could play out perfectly this week. Dash talks through the commercial about playing golf with his dad, but how he’ll let his dad win this Sunday because “It’s Father’s Day.”

“The first time I saw the commercial, especially at the end, when he says,’I love you, daddy,’ I just started crying,” Day said.

Day and his wife, Ellie, also have a seven-month-old daughter, Lucy.

“Jason is structured so well from what I can see, the little bits of insight that I get into his whole life,” said fellow Aussie Adam Scott. “I think he’s got a handle of everything very well. He’s matured as a person so much in the last four or five years, and I think that’s showing in his golf game.”

Day was asked what he thinks is separating himself from other pros. He struggled to answer it, but when he did, his answer was more about his attitude than his skill set.

“I want it right now,” Day said. “I want it more than anything in the world. I’m not saying that all the other players don’t want it just as much as me, but all I’m doing right now is focusing on trying to win golf tournaments, and I understand that the only way to do that is get the process right. I don’t think there’s anything that separates me. I just want to win as much as every other guy out there. But I’m so single focused on trying to accomplish that, that I make sure that I get everything right before the tournament.”